The Next Organization is celebrating its 10th birthday! A true milestone that we are very proud to have achieved. To celebrate 10 years of helping clients to grow their business, we are publishing 10 inspiring client interviews throughout the year. With our clients we will talk about how the world has changed and which challenges they have overcome, what developments they see in their market, predict what their industry will look like in 10 years and which challenges lay ahead of them. Read all about it in the interview below. 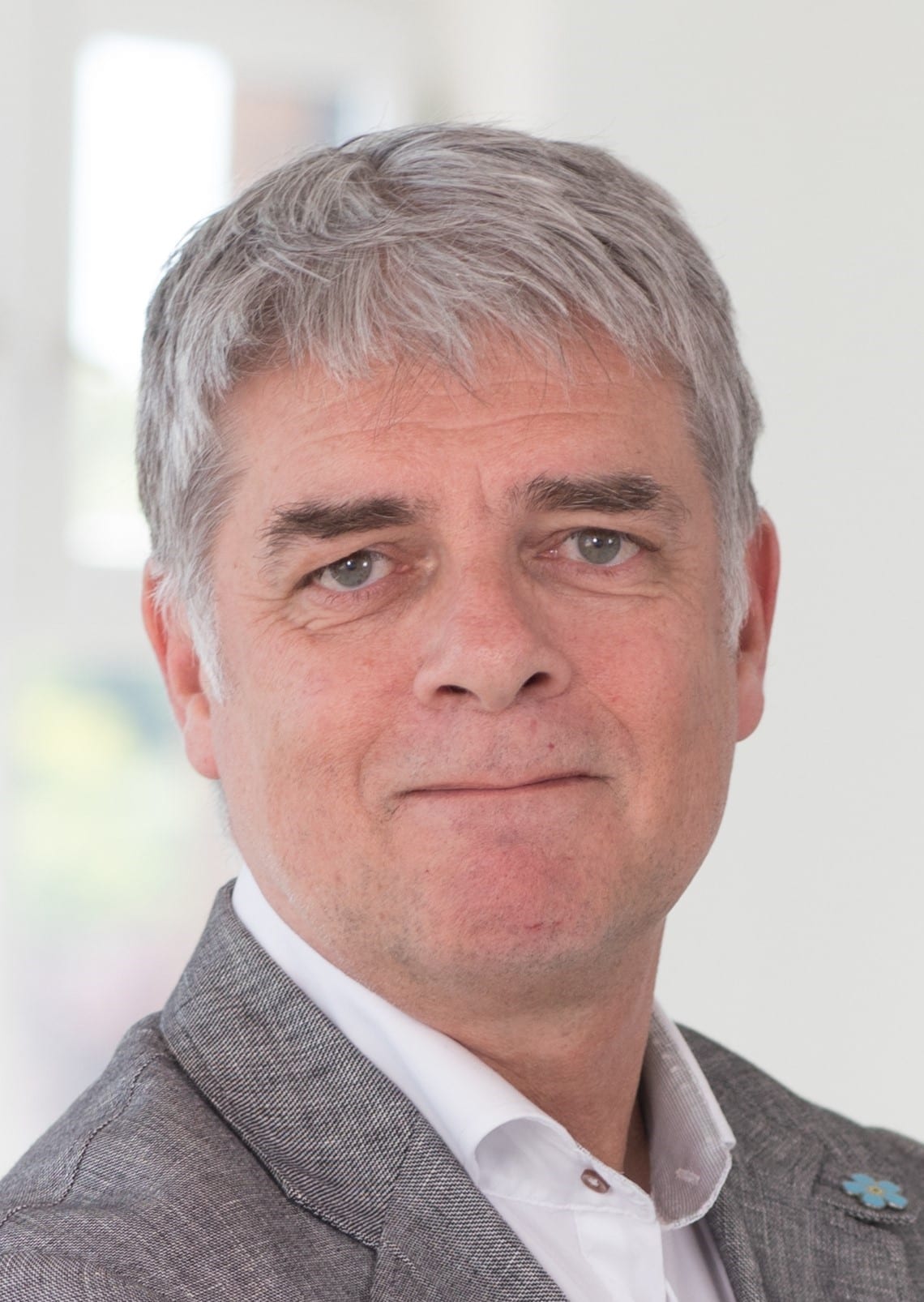 As a consultancy firm we work sector-independently, and not only for commercial organisations but also non-profit. One of those non-profit organisations is the Alzheimer 's Society in the Netherlands 'Alzheimer Nederland'. In the meantime, we are working with this organisation, which works for people with dementia, for more than five years.

From its head office in Amersfoort, this organisation - with almost 100 employees and more than 5,000 volunteers - is working on a future without dementia and on improving the quality of life of people with dementia and their caregivers. We spoke to Marco Blom, manager of Scientific Research and National Services at Alzheimer Nederland, and looked back and forward with him. We reflect on the growth and impact this organisation has made in recent years and hopes to make in the years to come.

Looking back - From a society where dementia is a taboo to social embrace
Together with Marco, we first look back at the steps Alzheimer Nederland has taken in recent years. One of the biggest steps is that the taboo around dementia has been lowered dramatically. The frightening photographs that were used at the time have been replaced by a more positive image and dementia has become more part of society. Among other things, the development of 'Together Dementia Friendly' a national programme to raise 'dementia friends', and train volunteers/employees on how to cope with dementia) and the online platform dementia.com have played an important role in this.

Besides a change in the image of dementia, steps have also been taken in the field of research; for example, the diagnosis of 'dementia' can be made earlier and earlier. This is an important step in being able to live with and control dementia as well as possible.

"Unfortunately, there is also a downside in the developments of recent years. The quality of care in nursing homes has deteriorated sharply. Care institutions have become more bureaucratic and sometimes quality of care is lost out of sight. This is very confronting to experience." according to Marco Blom.

Online platform dementia.nl
If we dwell a little longer on the platform dementia.com, we'll go back to the moment Alzheimer Nederland was a relatively small organisation dedicated to a major disease. Over the past period, the organization has grown considerably, which has brought it more into balance.

"A platform that uses the power of the network, mobilising society to do the best for caregivers and people with dementia."

In fact, dementia.nl is one of the first platforms using the power of the network in an on- and offline manner. Specific advantage of this platform is the increased impact, since far more people are using the expertise collected and developed by 'Alzheimer Nederland', and also users and partners are generating and sharing relevant expertise. Besides content, the platform also provides services and functionalities to support care networks around people living with dementia.

In the field of research, a lot awaits us in the coming years. There is a good chance that the first drug for Alzheimer's disease will become available. If we ask Marco, he also expects that it will be possible to diagnose dementia via a blood test within 10 years. He realises that this involves major challenges. "It is important to involve people in the developments and to keep them well informed.

A dementia-friendly society
A large gap has arisen between living at home and living in nursing homes. The number of people living alone has also grown. That's why we have to start thinking about new (residential) concepts. Technology is important here; the smart use and deployment of technology can make care for people with dementia even more optimal. Through technology the care for a person with dementia can be shared between caregivers, and the connection between professional and informal care can be optimised.

There is also profit to be made in the (residential) facilities and new forms of living arrangements. What we see happening now is that people live too long in a house that is too big for them. We should build differently; think of smaller-scale living and allowing different target groups to live together: a mix of young and old living in the same area. At the moment we are still designing and building housing complexes for a single target group.

The problem is not so much that healthcare costs have become more expensive. The problem lies more in a shortage of personnel. This asks us to think creatively and innovatively about other structures and ways of organising to accommodate people in society.

"This asks us to think creatively and innovatively about other structures and ways of organising to accommodate people in society."

It's been a while since we talked to Marco and looked ahead together. A lot has changed in the past period due to the outbreak of the Corona pandemic. In this period it has become clear how important it is to stay in touch via the use of technology as an independent living person and the direction of thinking is only becoming more and more confirmed.

If you want to get in contact regarding the case or topics mentioned in this interview, please contact us.

Did you find this an interesting article and would you like to have further talks with us on this subject?
Then feel free to contact us!


Interview with Floris Lettinga (YANMAR Marine International)
by Martin Schuit | May 26, 2020
The Next Organization is celebrating its 10th birthday! A true milestone that we are very proud to have achieved. To celebrate 10 years of helping clients to grow their business, we are publishing 10 inspiring client interviews throughout the year....
Read more

Taking a leadership role in digital ethics: the why, how and what
by Pim Menkveld | Jan 28, 2019
Imagine a vending machine blocking you from buying a snack because your health insurer has identified you and knows it will increase risk on a heart attack. A simple example, though with far-reaching consequences. Driven by The Fourth Industrial Revolution,...
Read more